I am almost halfway through my TWW! This one is going slowly…booo. However, I bought the whole Hunger Games series yesterday after work (You’ve probably already read it or heard of it). I began reading it last night, and it’s great so far! I also bought a new Nicholas Sparks book – The Lucky One. I’m a fan of his, and that book is coming out in theaters next month.That should keep me busy 🙂

I recently finished Safe Haven by Nicholas Sparks. It was good – not one of my favorites though. I read The Best of Me prior to that and liked it better. I’ve read several of his books though. Nicholas Sparks is all love & romance, but he does that kind of thing really well. There’s usually a twist at the end, which kind of sets him apart from the others. I’ve devoured every single Jodi Picoult book – and I actually prefer her style over Nicholas Sparks. It’s not all lovey dovey stuff. She throws in a lot of thoughtful topics and pours a lot of passion into everything. I feel & think more when I read her books. Both authors will really pull at your heart strings.

The night before last, I finished a really funny book called Smokin’ Seventeen by Janet Evanovich. It’s a whole series about a female bounty hunter from Jersey, all the cooky criminals she encounters – not to mention her odd-ball coworkers, and she has a pretty hot love life. It’s a great mystery/suspense/humor/romance/girlie book – I recommend it! Nice, light reading – if you don’t feel in the mood for a tear-jerker. I can really fly through books when I get on a roll. It’s so therapeutic 🙂

Anyway, I was thinking about all of you and wanted to post some inspirational things for you. You guys always support me so much, and I’m truly grateful. I think good things are coming. Everywhere I turn lately, there is good news and more miracles popping up. God is good! It’s amazing, but I wish we could all share in it together. Our time is coming though 🙂

My friend made this for me…it’s hilarious and so true! 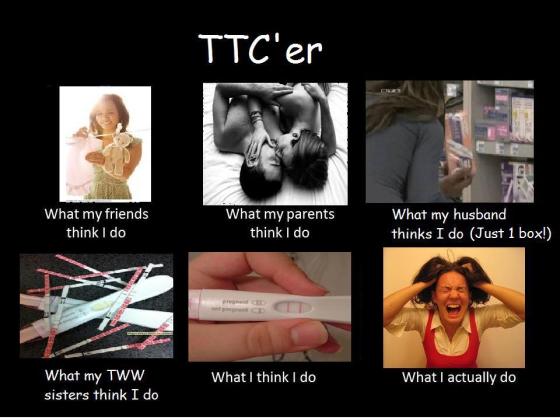 I love this poem… 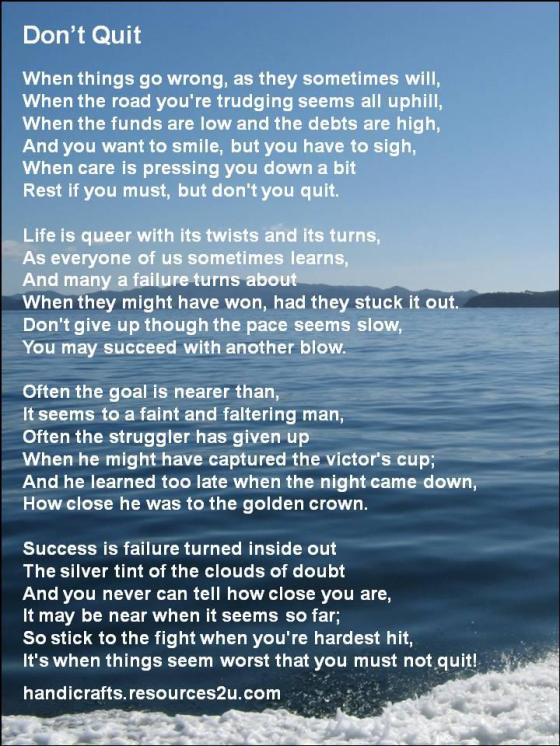 The other day, I decided to look into my labs that the doctors told me were “normal”, and obtain my records. (Thank you, Biokatie from TWW for mentioning this idea 🙂 ) I already know what my abnormal labs have been. You’d think you could trust a doctor when they tell you something is normal, but I guess not! 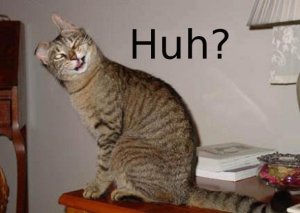 First of all, my thyroid levels are normal – they weren’t misleading about that. They’ve been checked about 4 times or so (sporadically – with long periods in between testing) over the last 3-4 years. They fluctuate a lot though. I read online that there are many reasons they can fluctuate. I feel curious though – if we checked them on a consistent basis, what would they look like? How much would they fluctuate? I seem to have every symptom of hyperthyroidism – especially here lately, and I swear I’m not a hypochondriac LOL. My T3 and T4 were only checked once in November 2011. They were normal, as well. I’d like to know what we might see if we checked them again. 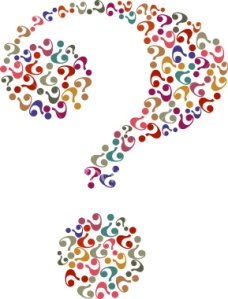 What pissed me off is that I specifically asked to speak with my doctor about these labs and my concerns. The receptionist told me the doctor would call me back in between patients. The nurse called instead. She dismissed all my concerns and said we don’t need to explore any further into my thyroid levels since they were normal. I felt kinda silly then, but it’s just a frickin’ blood test! Can they not just appease me? I mean, we are thinking of moving onto donor embryo, so why can’t we fully explore everything first?

Of course, I don’t want anything ELSE to be wrong, but I want to make sure we have covered every.single.base. The nurse called me back after speaking with the doctor and said we would do a thyroid antibody test. Okay, at least that’s something. I don’t see why they can’t double-check my TSH, T3, and T4 while they’re at it. Sheesh. Whatever. 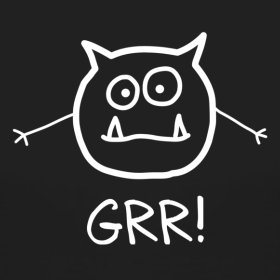 My other concern and what had been misleading – was that my primary care doctor had checked my Vitamin D3 in November 2011. She told me it was normal, but it was clearly marked in BOLD – LOW. Sure, it was slightly below the cut-off….but she knew I was already taking 5,000 units of D3….and it’s STILL LOW? Most things I read online say the level should be at 50, ideally. Mine was 29. My RE’s office wouldn’t have anything to do with it, and told me to check back with my primary care doctor. So I made an appt for 4/3/12. I am unsure if this doctor will do anything about it either, since she said it was normal before. I already bumped up my supplement to 10,000 units a couple days ago. Vitamin D is very important for fertility & overall health.

So yeah, from now on, I’m getting copies of all my stuff. Even when they say it’s normal. I know I’m always researching and delving into possibilities that might not mean anything….but we never would have found my Endo and Septum if we hadn’t explored things further.

As for my cycle, I am 4dpo/5dpiui…probably just going to go with 4dpo, so I don’t test too early. I’m going to see how long I can hold out, LOL. The hormones are kicking my butt. I haven’t been feeling great. Super hot flashes and just generally feeling icky. It will be worth it all though – hopefully!! 😀

***Warning: This contains spoilers and sad material regarding an 18-week loss***

Did you all watch the Duggars’ loss episode on TLC? I ended up watching it last night and barely made it through. I pretty much bawled my eyes out the whole time. I’m not a fan of the Duggars, nor do I understand their lifestyle. However, I have a lot of respect for them. They are different, but that’s okay. I believe it was a wonderful thing for them to share such a personal experience, and to show people that it’s a good thing to mourn and memorialize your angel babies. 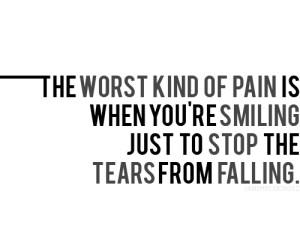 Even though they are truly blessed and have lots of children, it is so unfair for them or anyone to experience such a tragedy. The Duggars went from being elated to find out they were expecting again, anxious to let everything know – after they surpassed the first trimester, and extremely excited to find out if they were having a boy or a girl. Even their other children were bouncing off the walls with excitement and offering possible name choices for the new little one.

With huge smiles on their face at the beginning of their ultrasound, they had no expectation of the horrible news to come. You could see on the doctor’s (or tech’s) face that something was terribly wrong. There was no heartbeat. I can’t believe the Duggars handled themselves with such grace in a time of tragedy. They just sat there and prayed, saying “the Lord Giveth and the Lord Taketh away”. Michelle Duggar mentioned that her baby was able to see the Lord first, and she was in a better place. They named her Jubilee Shalom (Joyous/Peace). 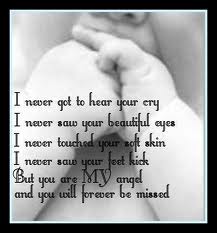 They had a beautiful, touching funeral service for their baby girl. The Duggars had many keepsakes they could hold onto to remember her. I think that’s important. The tiny little casket about broke my heart.

I wish I had faith like theirs. But how could you blame anyone for not having faith like that, in such a time of despair. I would be cursing God and feeling angry. Why do little babies get taken away too soon? Why should parents have to endure something like that? It’s not fair. I don’t understand God’s plan in regards to things of that nature. 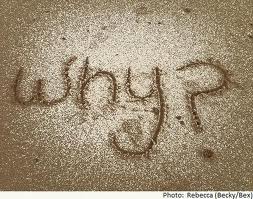 I don’t want to minimize anyone’s situation or say that it’s harder for infertiles to lose a child, but it is in a different kind of way. I mean, yes, the Duggars have been blessed, but they really, truly loved that little baby. Whether you have 20 kids or ZERO kids, that would be an equally heart-breaking & gut-wrenching situation. The thing about infertiles, that makes it different, is that most of us have been waiting for SO long. It doesn’t feel like the Lord Giveth. It only feels like the Lord Taketh away. 😦

I have to believe there is some special plan for us. I don’t know why people conceive, only to lose a child. Or why people can’t conceive at all. It seems cruel. But we are not being punished. God wouldn’t place this strong desire in our hearts, if it wasn’t meant to be fulfilled. We are meant to be parents. For some reason, we have been given a different kind of journey. I have to believe that we will be better, stronger people after it’s over. And that we are awaiting a very special, amazing gift. We will be rewarded with something that is more beautiful than we could ever imagine or dream about. 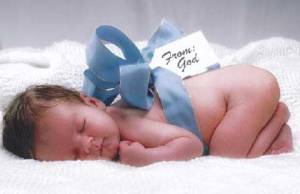 I cannot believe how strangely everything has fallen into place this cycle. It certainly kept me on my toes! First, I was worried because Andy was going out of town – and he didn’t tell me until I already started my meds. However, we collected a frozen sperm sample to keep for the IUI, so I felt more at ease.

Then, I was unhappy about my 2 follicles – especially because 1 of them was only 12mm. I thought there was no way it would grow enough to be mature. But ONE day later, the little one had grown to 16mm and the other one was 20mm! I was still hoping for like one more follicle, but I was very happy with those 2 nice ones.

Next, I was anxious about the frozen sperm sample. I heard that freezing it can decrease the quality. I was expecting the doctor to say it was super low. But the sample was great! It was nearly the same as our past IUIs!

My most recent worry was that my temp didn’t spike the following morning after the IUI. I was still having O pains Monday morning, so I thought our timing was wrong (the IUI was Sunday). But then Andy came home a day early!!! So we were able to BD again 😀

Isn’t that crazy?! Someone was looking out for me each step of the way…or they were trying to cause me trouble LOL – I don’t know which one is true. Maybe I shouldn’t worry so much. It’s difficult though, especially when your hopes & money are tied up in a cycle. It sucks when things don’t go well. I thought this cycle was going to end up being a bust before it even got started, but thankfully everything worked out. It goes to show, you never know what may happen. Now we just need a sticky BFP!

I got my temp spike this morning 🙂 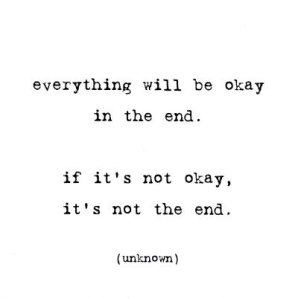 Over 6 years of waiting and totally worth it...

Just me trying to live the sweet life ♡

I blog about Fashion, Food and everything in between!

I was born to be a mother.

My life and journey

My Life As A Case Study

Old Lady and No Baby

unexplained infertility, twin pregnancy, and me

Puke Here Not There

In my garden grow

Smile! You’re at the best WordPress.com site ever

My Life with Endo & Infertility

Where the *bleep* is our stork?

Our Pathway to Parenthood

My new journey with being a mom after infertility

The Moon on a Stick

Infertility and all that jazz.

Got science up in my bizness to make a baby; now I'm parenting him

a quest for truth through the unknown

A new mom's trip down the rabbit hole

You Know What You Should Try....